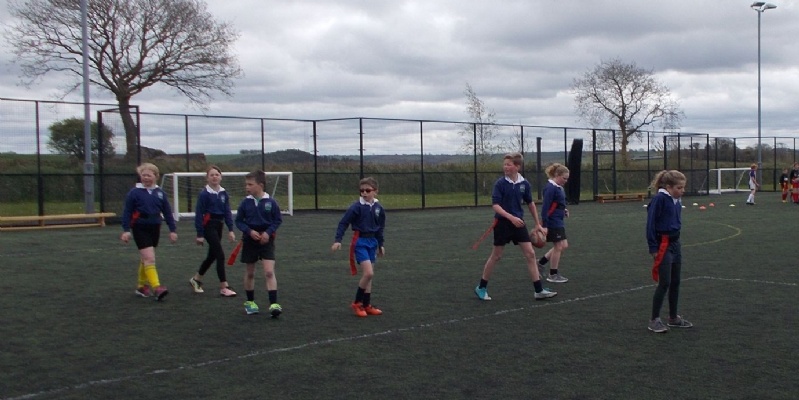 On Monday 23rd April 2018 the year 5 & 6 children took part in a Tag Rugby Tournament at South Molton Community College.  The two teams were made up of children from Brayford and Umberleigh Academies. One team came in second place overall and the other team was third in their group. They played against other schools in the South Molton area and all played extremely well together. They showed strength and determination to play to the best of their ability and were able to work well as part of a team with the children from Umberleigh. Well Done!